May the celebration of Easter open our eyes to the light of the Risen, so that our lives may reflect the hope that he bestows upon us! Felix Alleluia!

This year’s celebration was marked with holy mass and a solemn celebration on Wednesday 13th November 2019. Holy mass was celebrated at 3 p.m. in the parish church of St. Vitus in Ljubljana Šentvid by the Archbishop of Ljubljana Msgr. Stanislav Zore. The solemn celebration took place at 5 p. m. in the sports hall of the Alojzij Šuštar Primary School. Ms Alenka Potočnik, alumna of The Diocesan Classical Gymnasium, held the official speech. The performance was be given by the students of all schools in St. Stanislav’s Institution.

Last school year The Diocesan Classical Gymnasium and Kanto Daiichi High School had an exchange and it went really well so it will take place again from 27th March – 2nd April 2019. Fifteen Japanese students a couple of the teachers will spend a week in Ljubljana.

The exchange will be educational and will involve bond making as well. The exchange will include visits to a lot of historical and natural attractions and some sightseeing. We will have a short city tour of Ljubljana, visiting the beautiful sights of the capital city. There will be a one-day excursion where we will visit Logarska Valley, Celje and Celje Castle and stop at Trojane to have some doughnuts. Some time will be dedicated for Japanese and Slovene students to hang out with host families and experience Slovene way of life. We expect to learn a lot about Japan, brush up our English and improve social skills. Students of the DCG are all really looking forward to the exchange. /Vesna Bukovnik and Neža Tomažič, year 2/

Ten representatives of The Academic Society Unitas Würzburg are to visit St. Stanislav’s Institution on Tuesday, 26th March 2019. Among them, we shall welcome also two alumni of The Diocesan Classical Gymnasium Marko Planinc and Jan Pintar who together with Pavel Orešnik have received a scholarship for undertaking the university studies in Würzburg. Irena Bolta, teacher of German at the DCG and Pavel’s class teacher, has been in charge of the link with Society Unitas since its very beginnings in 1997.

Since 1855 The Academic Society Unitas Würzburg has been there to assist science Catholic students and academics. In 1877 Archbishop Jeglič, the founder of St. Stanislav’s Institution, was accepted as member when on a study tour in Germany. He kept in touch with UNITAS also later when appointed the archbishop. Pre-war alumni dr. Marjan Zupančič, an UNITAS member as well, informed his fellow member about the reestablishment of Stanislav’s Institution in 1993. The society embraced the news enthusiastically, offering the possibility of university studies in Germany to one alumni of the DCG. This was Pavel Orešnik (1st generation), an attorney specialised in German transport, civil engineering and architecture law, with an office in Tettnang, Bavaria, Germany. The second alumni to benefit from the UNITAS generosity was Marko Planinc (10th generation), who finished studies of business informatics; presently Jan Pintar (18th generation) is studying social politics at Bayerische Julius-Maximilians Universität Wurzbürg.

We are happy to welcome all members, especially Mr Steimer, thanks to who alumni of DCG have had a chance to study in Würtzburg and has taken care of the constant financial support throughout the 22 years of fruitful common cooperation. /Lily Schweiger Kotar/

Hori Takeaki, a guest at the international PEN meeting in Bled, Slovenia, will deliver a speech for the students of the Diocesan Classical Gymnasium on 27th March 2019 at 10.40 a.m in the Jeglič Student Home.

Hori Takeaki is a professor, scientist and a haiku writer as well as an honorary vice chairman of PEN International. With his assistance, the Hiroshima and Nagasaki exhibition in Ljubljana has been set up to recall the memory of the atomic bomb victims and raise awareness of the danger of nuclear weapons. Mr Takeaki will talk to students about his poetic endeavors and they will read some of their own haiku poems. We are very much looking forward to the event. Welcome! /Lily Sch. Kotar/

In recognition of world poetry day the students of the Diocesan Classical Gymnasium prepared a recital of ancient Roman poetry. The event took place in Dr. Anton Breznik Library on 21st March 2019. The passages from Ovid’s Art of Love and other pieces of poetry were read and interpreted by second year students. They proved that the theme of love and courtship have not changed much through times. It was  a perfect and occasionally humorous celebration of the first spring day.

World Poetry Day was declared by UNESCO in 1999. Each year the focus is given on some particular poet and his/her works.  One of the main objectives of the Day is to support linguistic diversity through poetic expression. In celebrating the occasion the school community recognizes  the outstanding ability of poetry to capture the creative spirit of the human mind. /Lily Schweiger Kotar/ 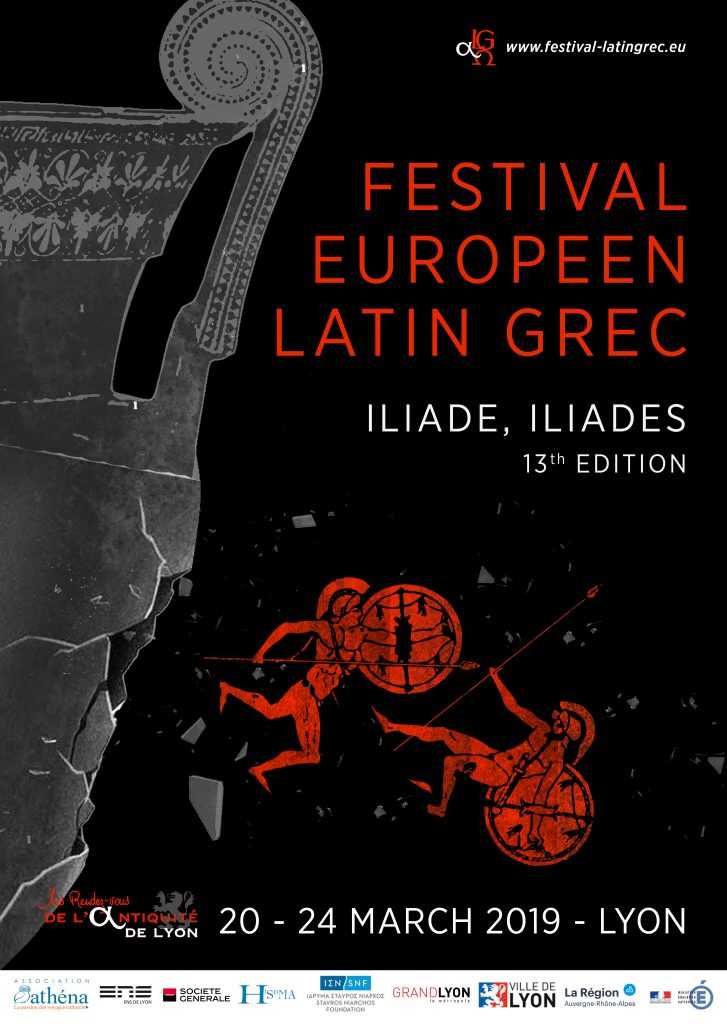 Homer’s Iliad is one of the earliest work in the Western literary tradition and one of the best loved stories of all times. It will be read by almost six thousand readers from all over the world and Dragica Fabian Andritzakos, teacher of Latin and ancient Greek at the Diocesan Classical Gymnasium, is to join them with some other Slovene humanities lovers in Ljubljana. Students of the DCG will join the audience as well. The public reading will be carried out on the world level during the 13th European Latin Greek Festival, which will take place in Lyon, France from 20th to 24th March 2019. The Iliad is an epic poem, which recounts some of the meaningful events of the final weeks of the Trojan War and the Greek siege of the city of Troy.

The event in Slovenia will take place on 22nd  March 2019 in The National Gallery (Prešernova 24, Ljubljana) at 10 a.m. Welcome to experience Iliad in the ways that Ancient Greeks might have done. This is one of the ways to celebrate classical poetry and culture.  /Lily Schweiger Kotar/

Warmly welcome to the gala concert which will be presented in the sports hall of The Alojzij Šuštar Primary School in St. Stanislav’s Institution /Štula 23, Ljubljana/ on 4th February 2019 commencing at 7.00 pm. The concert will feature St. Stanislav Girls’ Choir of The Diocesan Classical Gymnasium, its conductor Helena Fojkar Zupančič and some prominent guests: Marta Močnik Pirc, Ana Benedik, Manca Malovrh, Tine Bec, Tilen Lotrič along with the orchestra Simfonija 23 under the baton of Jera Petriček Hrastnik and assisstant Matija Krečič .

This a fundraising concert in aid of St. Stanislav Girls’ Choir of The Diocesan Classical Gymnasium, who is to perform at the 2019 America Choral Directors Association National Conference in February 2019 in Kansas City, Missuri, USA. This event brings together choirs, choral musicians, composers and publishers form the entire world. St. Stanislav Girls’ Choir is the only European choir to perform there, along with 50+ choirs from the US, 4 honor choirs and 11 iconic conductors.

Please consider attending the Gala Concert when forming your itinerary. Make a plan to be with us and support  St. Stanislav Girls’ Choir of the DCG in their artistic endeavours.

Each year the entire school community celebrates St. Stanislav’s Day to mark the feast of the Institution’s patron.  This year is in particular solemn, as we mark the 25th anniversary of the reestablishment of The Diocesan Classical Gymnasium and The Jeglič Student Home as well as the 10th anniversary of The Alojzij Šuštar Primary School.

We have the pleasure of inviting you to this year’s celebration which will be marked with holy mass and a solemn celebration on Tuesday 13th November 2018. Holy mass will be celebrated at 3 p.m. in the parish church of St. Vitus in Ljubljana Šentvid by the Archbishop of Ljubljana Msgr. Stanislav Zore. The solemn celebration will take place at 5 p. m. in the sports hall of the Alojzij Šuštar Primary School. Mr. Gregor Čušin, theatre actor, will hold the official speech. The performance will be given by the students of all schools in St. Stanislav’s Institution.

We look forward to meeting you. 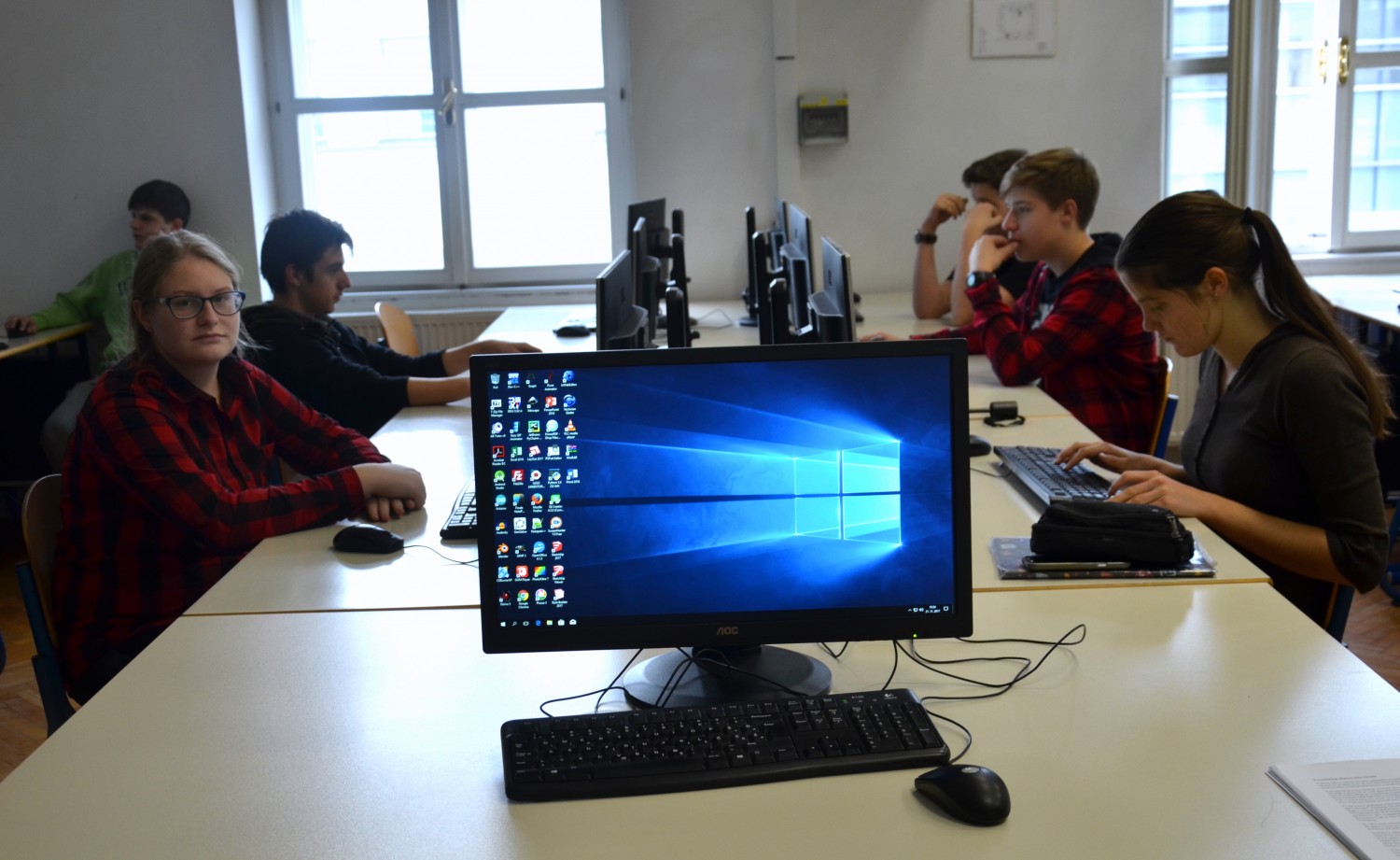 St Stanislav’s Institution in joint cooperation with The Institute for Education Research and Development organised an International Symposium entitled Critical Thinking in the Digital Age took place from 10th – 12th May 2018 in St. Stanislav’s Institution. The event was one of the many to celebrate the 25th anniversary of The Diocesan Classical Gymnasium and The Jeglič Student Home and 10th anniversary of The Alojzij Šuštar Primary School. The topic of the symposium combined two major focuses the school community had recognised as crucial elements that decidedly shaped the mindset of the young today, namely critical thinking and the influence of digital media upon students’ perception of life. The programme placed special emphasis on school environment in the digital age and the challenges it offers. For more detailed information, please see www.stanislav.si/simpozij2018.   /Lily Schweiger Kotar/

Latest posts under Upcoming:
We use cookies.
allow disable