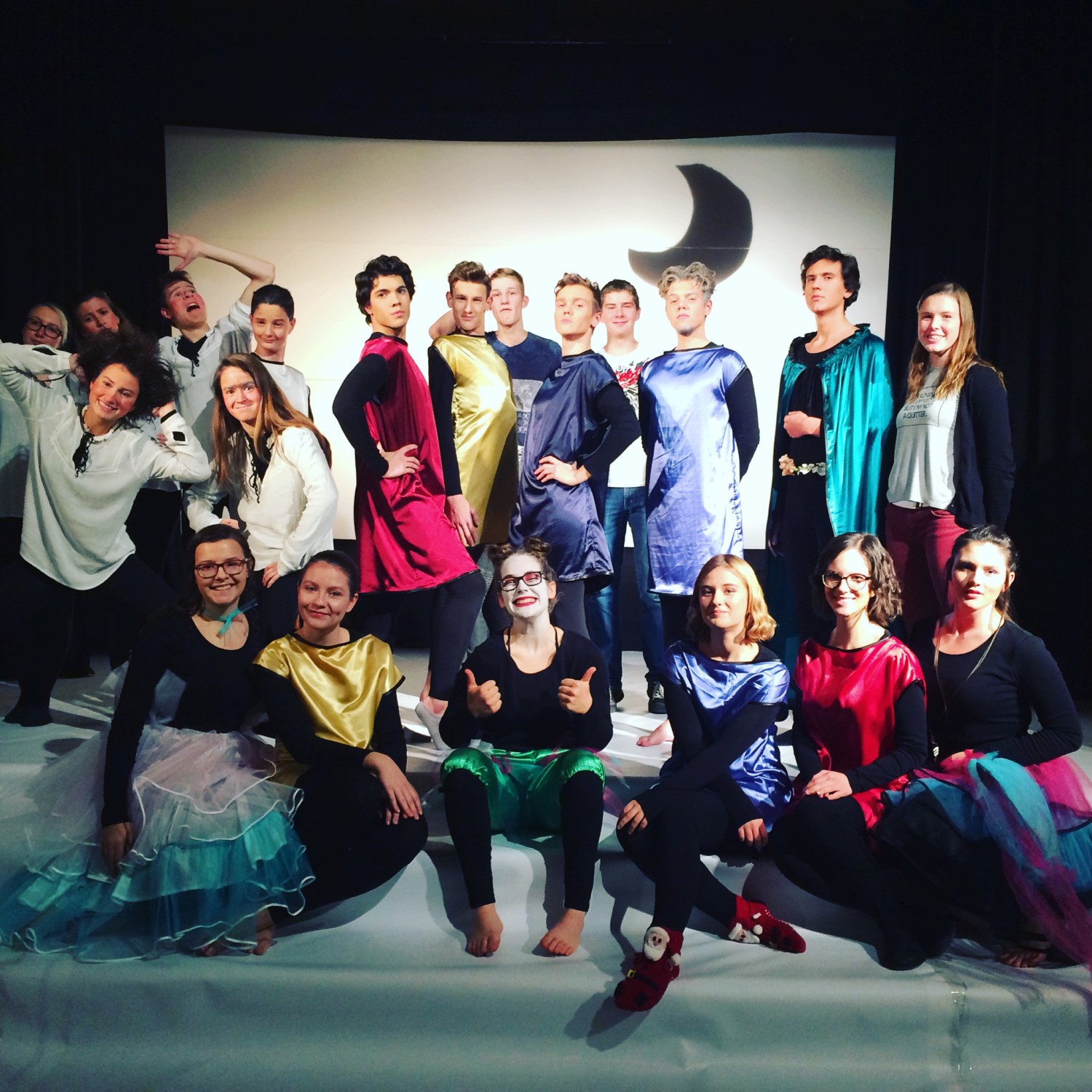 English Drama Club of The Diocesan Classical Gymnasium is staging this year A Midsummer Night’s Dream by William Shakespeare. In this way, St. Stanislav’s Institution commemorates the 400th anniversary of the lasting legacy of the world’s greatest playwright in English language. Twenty-eight student-members of English Drama Club acted in four reprises, which took place in November and December 2016. Among them, there were eighteen actors, six scene artists, two lighting and sound designers, a photographer and a designer of hair and makeup. Thus, the play was entirely in student’s hands, who worked under the mentorship of Alenka Battelino and Mojca Lavrič, who have been with the English Drama Club since 2012. After Oscar Wilde’s Ideal Husband, this is already the second play to in English language at the DCG.

These are some reflections on the play by Anamarija Mihovec (Year 3), who acted in the play: William Shakespeare. Is there anybody who does not know his name? Not only did he write 37 acts and 154 sonnets, but there are also an enormous amount of new words and phrases he left behind. His works have had a huge effect on writers and literature worldwide. What an honour to act in one of his comedies!

How did it all start?

It all started quite simply, with an invitation over the school loudspeaker. But, let us take it step by step.

Play reviews by some actors and visitors

Maybe the most important opinion of the main directors, A. Battelino and M. Lavrič. They thought it was good. They deserve the biggest “thank you” of course! One can do everything, if you really want to. Happy audience. The feeling of satisfaction, after all the input it was worthwhile. (Cake for everyone!). Hugs. We are one little family. It passed way too fast. That`s how our early winter day’s dream is ending. Say that Shakespeare is boring or too hard, if you dare! /Anamarija Mihovec, year 3/