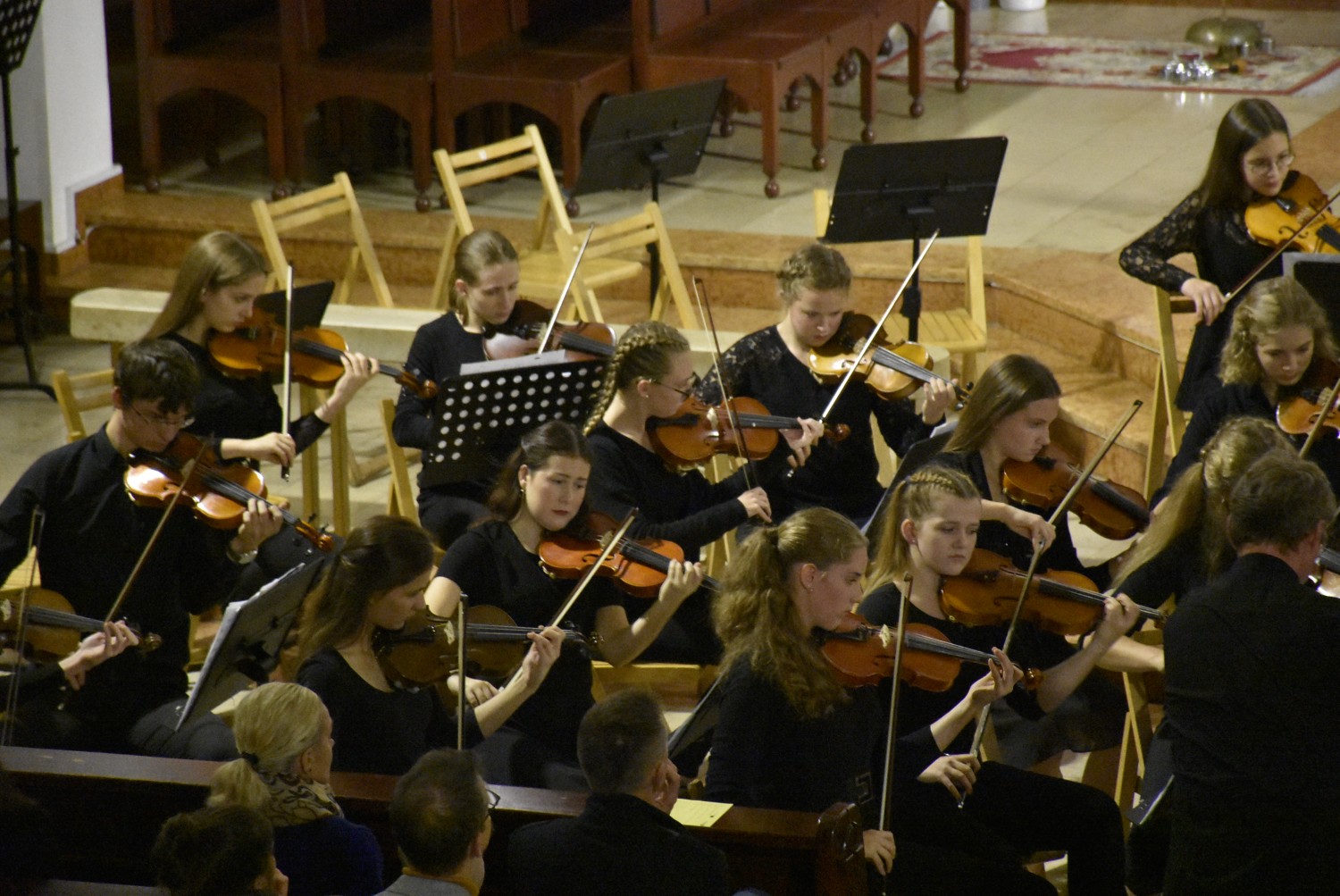 Our school string orchestra, under the skilled mentorship of Drago Arko and conducted by the unmatched Damijan Močnik, went to Krakow for a week  from 19th-25th October 2019 to participate in an Erasmus+ exchange with the Polish Conservatorium of Frederick Chopin. After our last rehearsal on Saturday evening we boarded the bus and departed towards Krakow. In the early morning we arrived to Katowice where we attended the Holy Mass and took a city tour and were rather astonished by its beauties. Then we visited the church of saint Faustina Kowalska and  stood on top of the bell tower admiring the magnificent view of Krakow. Then we proceeded to our hostel which was in Krakows suburbs. With nothing to do, most went to sleep to prepare for the next day.

Monday arrived too soon and after breakfast we took the bus to the school where we had our first rehearsal with the Polish orchestra. After an exhausting 5-hour practise we had lunch and then were divided into several groups led by Polish students to take a Krakow city tour. The tours were indeed interesting and we learned quite a lot about the city and its people. Tuesday and Wednesday were pretty much alike. In the morning we had rehearsals with the Polish orchestra, then we had rehearsals of our own and finally lunch. Most of us spent both evenings enjoying Krakow nightlife while trying to be sufficiently rested for the next day. Finally Thursday came. The D day of our great concert in the church of the Blessed Aniela Salawa. First we had our solo performance, playing Corellis Sarabande, Gigue and Badinerie and 3rd and 4th Part of Benjamin Britten’s Simple symphony. Afterwards, the Polish came on stage and we played Sanjarija, Ave Maria and Meditation, at which Marjeta Banko blessed our ears with her deeply emotional and astonishing violin solo. Then our Polish colleagues took over, having their choir reinforced with a couple of our girls, and performed their parts. After the concert we felt exhausted but satisfied and once more we boarded the bus, this time taking us home. /Erazem Ivanc, year 4/